The package “Costa degli Dei” is an exclusive fullday tour.

Please note: All times are to be considered indicative, as they are subject to weather and sea conditions. 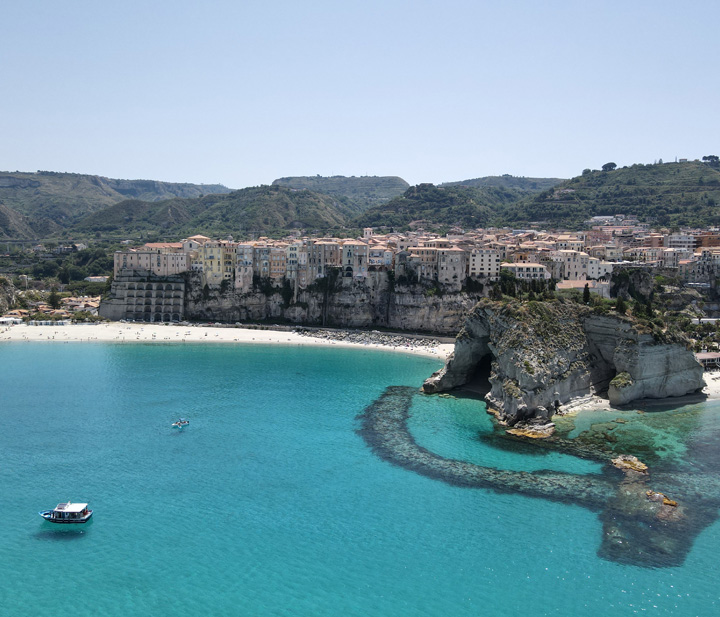 Explore fantastic spots along the Coast of the Gods between Vibo Marina and Tropea.

A thousand shades of blue

Dip into the crystal clear sea and discover the underwater world.

The taste of Calabria

Enjoy a light lunch made of typical Calabrian food. Cold drinks and Italian coffee are included.

It’s all about Thrill, High Speeds
and Top Level Risk

From Vibo Marina to Tropea and Baia di Riaci

The sea is waiting for you

Departure from the harbor of Vibo Marina

The embarkment takes place at the landing stage “Marina Stella del Sud” at 09:00am. Leaving the harbor we are going to follow the Coast of Gods in Southern direction. 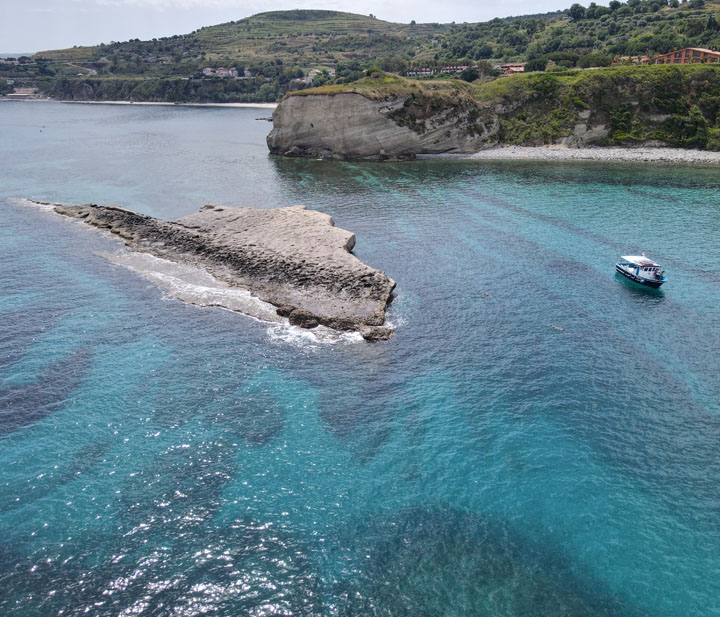 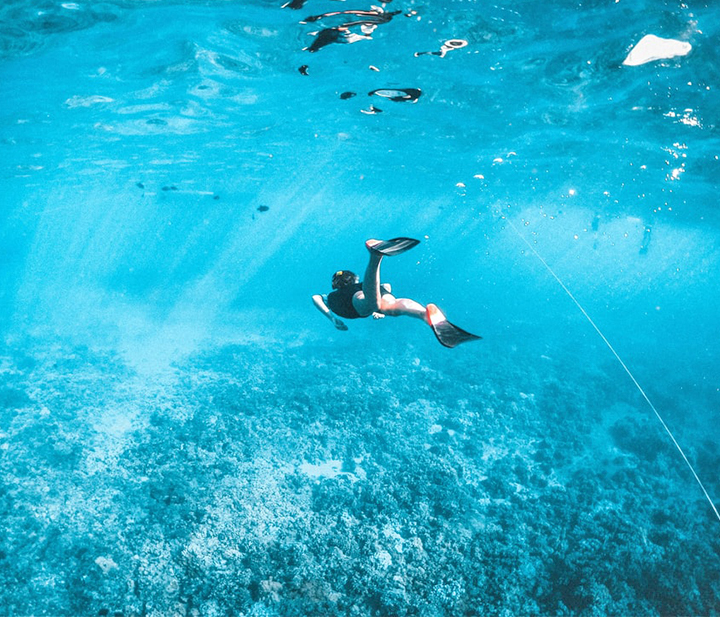 The first stop will be at the legendary rock “Scoglio di Sant’Irene” where you can enjoy the crystal clear sea and explore the underwater world.

This bay is one of the most breathtaking ones along the Coast of Gods – not only because of the stunning scenery but also because of the clear water that sparkles in all shades of blue! 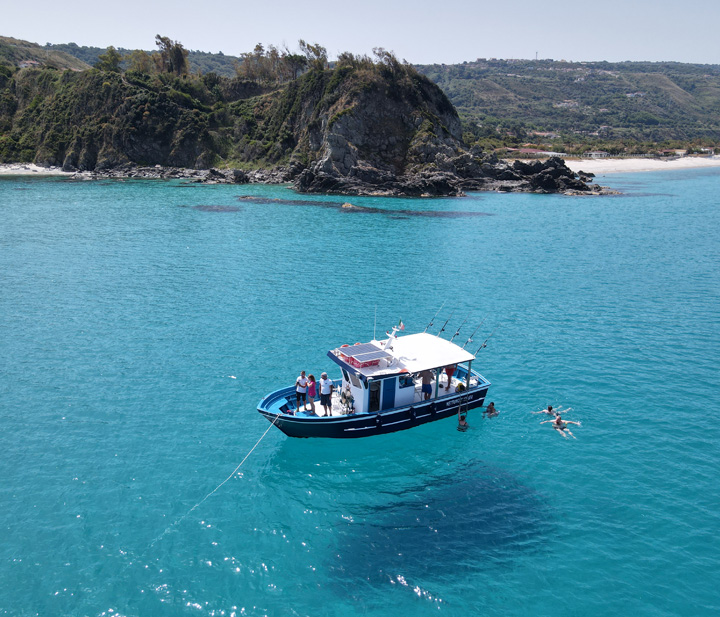 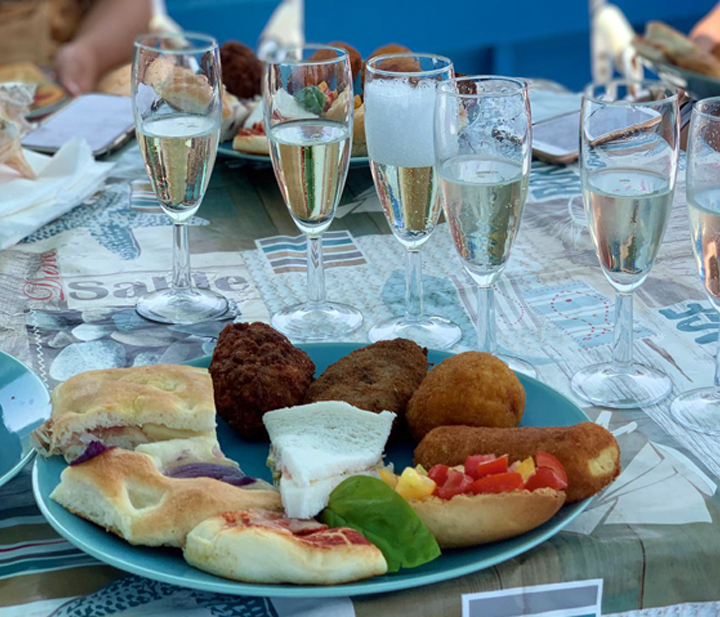 Around 12:30 we will anchor in a bay called “Porto Pirgos” where our crew will prepare a light lunch, made out of different culinary Calabrian delights.

After lunchtime, the most famous town of Calabria is waiting for you – Tropea, the perl of the Tyrrhenian Sea! The storic center is situated on high rocks directly above the sea and the church “Santa Maria dell’Isola” on a small island in front of the town is one of the most photographed places of Southern Italy! 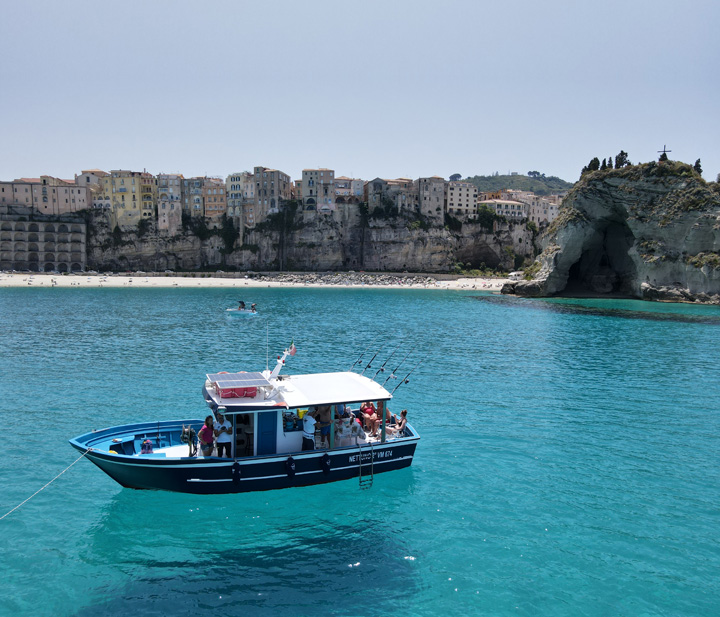 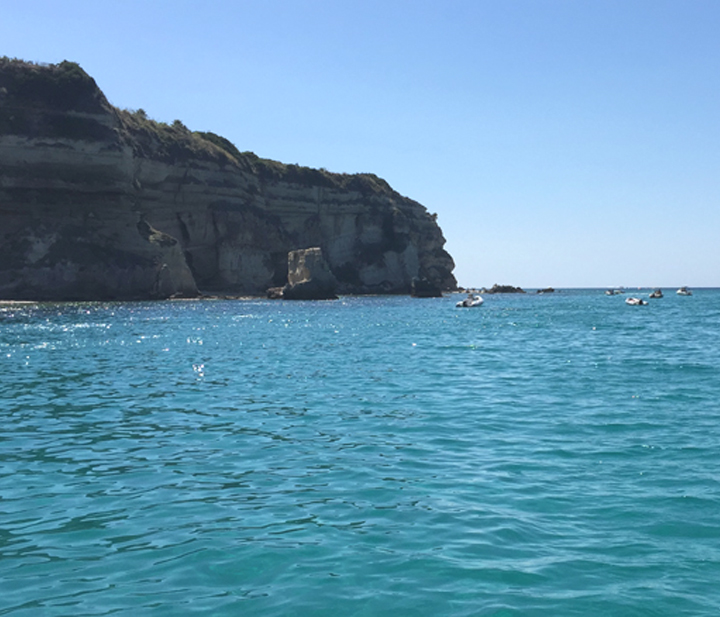 The last stop on our tour along the Coast of Gods will be in the Capo Vaticano region – Baia di Riaci and the “Grotta dello Scheletro” (Skeleton Grotto). The white sandy beaches and the cristalline sea make it a “Must See” not far away from Tropea.

Return to the Habror of Vibo Marina

The excursion will end around 17:00 when we will be back at the harbor of Vibo Marina.